Hindu Heritage Foundation, Jawaharlal Nehru University and Indian Council of Cultural Research jointly conducted a symposium on the topic “Roots Lie in Bharath”, on 23rd April 2019 at Convention Centre JNU-New Delhi. It was attended by students, educators and people from all walks of life.

The inaugural session of the symposium was chaired by Prof. Ajay Dubey, who spoke in depth to justify the theme of the symposium.  Prof. Dubey highlighted that there are many similarities between the cultural aspects prevailing in India and many other parts of the world. He mentioned that this commonality can be the basis for the promotion of Hinduism worldwide.

The welcome and introductory  address was given by Dr Gautam Jha. He mentioned that the South East Asian Root Lie In Bharat, be it cultural, historical, mythical and emotional.

Ambassador Amarendra Khatua, Former Secretary MEA, stressed on the need of people to people contact & connects. He further talked about the importance of economic and cultural linkages being the way forward for the future.

Ambassador Vilambara Aacharya, Ambassador of Nepal in India the importance of resurrection of the roots of Bharat. He expanded on the concept of “Vasudhaiv Kutumbakam” and expressed that coming together of people has always been an encouraging factor for culture connect. He stated that India has much to offer to the world in shape of its heritage and culture, and the same will be incumbent in further developing relations as well as increasing goodwill between India & Nepal.

Mr. Thirapath, Minister Counselor, Embassy of Thailand, talked about the various similarities between Thailand and India, including food, lifestyle, cultural aspects, especially the Ramayana. He highlighted the role played by the Thai Embassy towards revitalizing the ties between the two, especially through cultural collaboration between ASEAN & India

Ambassador Aashna Kanhai, Ambassador of Suriname in India, talked about the relevance of having Indian roots when it comes to closer contacts between South East Asian countries. She gave the example of her home country and mentioned that 25% of the people of Suriname have an Indonesian origin whereas 33% are of Indian origin. She also stressed on the important role played by the sacred books like Mahabharata and Ramayana in promoting cultures and historical ties.

Mr. Santosh Taneja, founder of Sankalp Foundation, talked about the difference between having contacts and strengthening connections. In contemporary times, we are losing the connect with our roots. He held that through initiatives like rigorous debated and discussions, a comprehensive commonness can arise between India and Southeast Asia. He opined that we have a connection of Soul.

At the end of the inaugural session, customary vote of thanks was given by Dr Pranav Kumar

This was followed by 3 successive scholarly sessions presented by researchers.

The theme of the #Session-1 was Historical Connect  and this was chaired by Dr. Vandana Mishra

Dr. Saumyajit Ray discussed the notion of Sanskrit across the seas, highlighting the Sri Vijayan connection through ‘Janki harana’ or the abduction of Sita by Ravana. He also highlighted that Sanskrit was taken to Indonesia and Sri Lanka by Tamil Brahmins.

Dr. Namita Kumari elaborated on the Ramayana tradition in Southeast Asia especially in Thailand and Cambodia.

# Session-2  was based on the theme of “Cultural Connect” and was chaired by Dr. Amarjiva Lochan

Dr. Charu Mathur spoke on the cultural and civilizational link between India and Southeast Asia.

This session was followed by a talk by Dr. Gautam Jha, who spoke about the India Southeast Asia Civilization link through a different approach.

Dr. Sushma Negi was the next speaker, who explained about glorious Indian ideological influence on Cambodia or Cambodja.

The next speaker was Dr. Ruchi Verma who highlighted how India in leveraging its diaspora in Southeast Asia as a soft power tool.

Dr. Priyanka Sonkar spoke on India and Indonesia cultural connect. Her main focus was on Ramayana and Ram Katha.

#Session-3  was Chaired by Prof. Manmohini Kaul and was based on the theme “”Contemporary Relations.”

In this session, the first paper was presented by Dr. Indra Mohan Jha, on Contemporary Relations between India and South East Asia.

The second paper was presented by Dr Pankaj Kumar Jha and he focused on the future prospect between India and South East Asian countries.

Following this, Dr Anuja talked about the connect between Bharath and Thailand through cultural and religious basis.

Mr. Abhishek Pratap Singh talked about the reasons behind growing Chinese influence in South East Asia in his paper.

Mr Hammam  talked about the presence of non violent values in the Hindu religion, as well as commonality of rituals and languages.

The final speaker was Ms Sarita who talked about India Singapore relations and she called them partners in peace and prosperity.

Hindu Heritage Foundation’ is effectively operating since two decades and is one of the leading non-profit registered charitable organisation that promotes and supports Bharatiya Culture and its rich heritage. 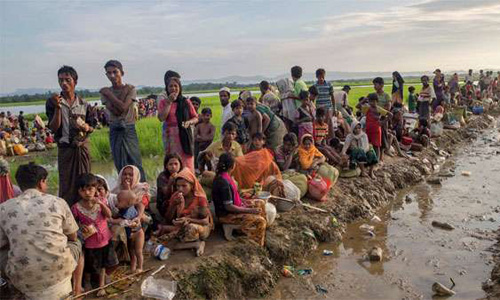 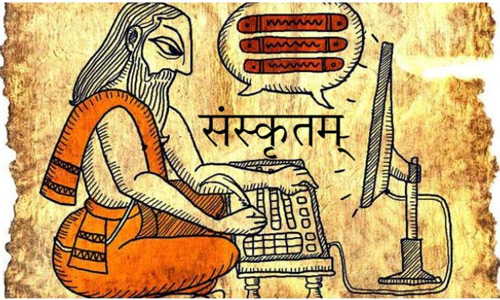